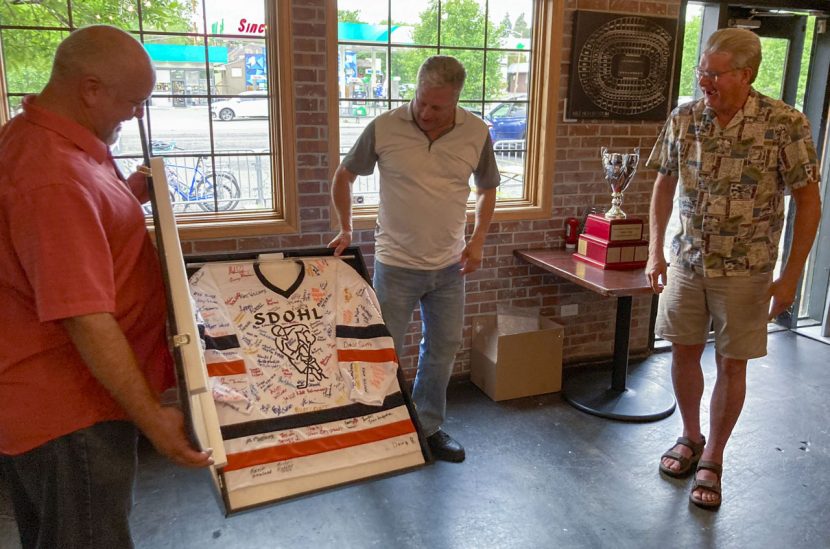 Friends, family, SDOHL players and alum gathered at Blackbird Pubic House to see John Ling off to Arizona adventures and to mark his retirement as commissioner of the SDOHL on June 22, 2021.

The players signed an SDOHL jersey which was framed by team captains and presented to John. Along with the sweater, John was given a plaque with the name plate from the SDOHL champtionship trophy and a reproduction of the entry of his 2011-2012 championship team.

To mark John’s founding and commitment to the SDOHL, the league successor the West Denver Hockey League’s championship trophy was named the John Ling Championship Cup.

The West Denver Hockey league is an co-ed adult social league for players over 40 years old. We play weeknights at Foothills Ice Arena and have a regular Sunday drop-in game.
The league's teams form via draft to encourage the social foundation of the league.
Learn more about the league here.